, /PRNewswire/ -- To honor the legendary for blazing a trail for women in country music, named the icon its 2019 Cracker Barrel Country Legend Award recipient. The award was presented to Loretta by Cracker Barrel's "Five Decades, " partner artist at Lynn's beloved ranch in

"Loretta has played such an integral role in paving the way for the female artists who have come after her – myself included," said . "It's truly an honor to present her this recognition, as she has been someone I have looked up to not only as a woman in country music but also as a source of warmth and support."

The award comes on the heels of Lynn serving as the leading voice and source of inspiration behind Cracker Barrel's "Five Decades, ," a 50th anniversary program to celebrate iconic female country music artists and shine a spotlight on those following in their footsteps.

"For more than five decades, I've believed in taking chances where the opportunity for success is limited," said . "To receive this honor from Cracker Barrel in recognition of all those chances and the career it led me to build is incredibly meaningful to me. It comes at an important time when I see so many female artists fighting for a chance to be heard. I want to help them bring their talents to the table and programs like 'Five Decades, ' do just that. And trust me; there's plenty to go around."

The Cracker Barrel Country Legend Award is an honor given to country musicians with decades in the business, past partnerships with Cracker Barrel's music program, a stated impact and influence on present day artists in the genre. Along with the award, Cracker Barrel is making a donation to a charity of Loretta's choice, Grand Ole Opry's , whose mission is to help those in the country music industry when they need it the most, by offering financial assistance during their time of need. The donation was presented to Grand Ole Opry's Vice President and Executive Producer Dan Rogers by Cracker Barrel's Senior Music Manager following Loretta's award presentation at her ranch.

"We're honored to present Country Legend Award to for her long list of accomplishments in the country music genre, but more importantly, the influence she's had on artists throughout her 60-year career," said . "Loretta laid the groundwork for future generations, especially emerging females in the country music industry. There is no one more deserving, and we're grateful for her continued partnership."

Loretta is the second recipient of the award following 2018 winner , who was presented the honor for his impact on the country music genre at large.

For more information about Cracker Barrel's "Five Decades, " campaign and to watch the artist mentor sessions and duets, visit crackerbarrel.com/onevoice.

About
(Nasdaq: CBRL) provides a friendly home-away-from-home in its old country stores and restaurants. Guests are cared for like family while relaxing and enjoying real homestyle food and shopping that's surprisingly unique, genuinely fun and reminiscent of America's country heritage – all at a fair price. Established in 1969 in , Cracker Barrel and its affiliates operate 660 company-owned Cracker Barrel Old Country Store® locations in 45 states and own the fast-casual Holler and Dash® restaurants. For more information about the company, visit crackerbarrel.com. 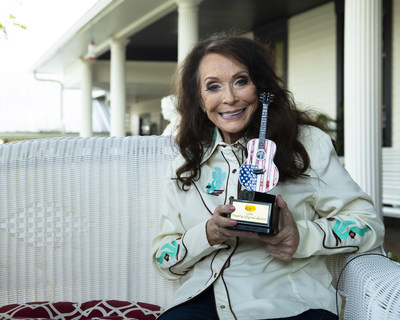 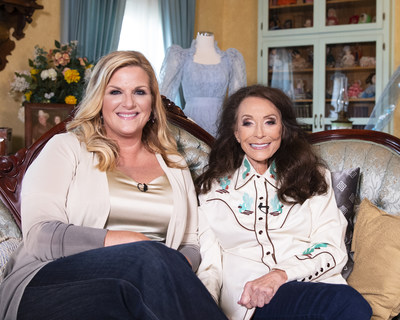 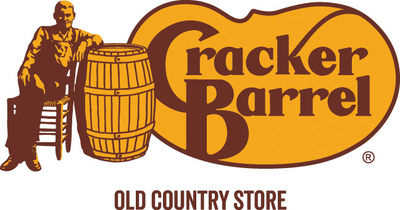