, /PRNewswire/ --  (Nasdaq: CBRL) today announced that , 49, has been elected to the company's Board of Directors, effective immediately.  Her appointment is the most recent result of the Board's multiyear succession planning and refreshment process, under which the company has added four directors with deep and diverse talent over the past three years. 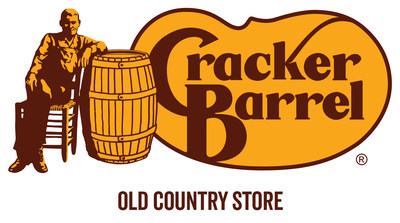 joins the Board after having held a number of senior executive positions within the Walmart organization during a career that spanned over 26 years.   Most recently, served as the Executive Vice President and Chief Operating Officer of , in which role she oversaw operations, real estate, territory sales, food service operation and in-store innovation for the warehouse club with more than 100,000 employees in approximately 600 facilities in , including .

From 2015 to 2017 she was the Executive Vice President of .  From 2012 until 2015 she served as the Executive Vice President and Chief Operating Officer of Walmart US, leading the operations of over 4,100 Walmart stores and with P&L responsibility for the organization's in revenue.  She served as Executive Vice President and of Walmart US from 2010 until 2012, where she oversaw all aspects of human resources for the company's 1.3 million employees.  She also served for three years on the Board of Directors of , and three years on the Board of Directors of Yihaodian, fourth largest business to consumer eCommerce website.  She currently serves as a director of (NASDAQ: VITL), a that offers a range of ethically produced pasture-raised foods nationwide.

In 2008, was recognized as one of the Top 25 Powerful Minority Women in Business by the . She received the 2008 Walmart Leadership Award and was chosen by as one of the Top 25 Businesswomen of 2009. Latina Style honored her as 2010 Latina Executive of the Year, and in 2012, 2013 and 2014, she was named by as one of the 50 Most Powerful Women in Business. In 2013, was awarded the "Premio Orgullo" award, honoring Latinos who have shown an unwavering dedication to their community and received the 2013 "Woman of the Year" Distinguished Service Award from the of Metropolitan New York.  Earlier this year was named one of 10 Most Influential Women of the Century by , representing the state of Arkansas.

"As part of our established succession planning process and commitment to Board refreshment, we have been working for more than three months to recruit Gisel, and we are thrilled to welcome her to the Board," said , Chairman of the Cracker Barrel Board of Directors.  "Gisel's experience leading complex operations and human resources functions for Walmart will add to our Board's depth of expertise, and will help our management team navigate operational and people challenges that will only continue as we navigate through and beyond the pandemic."

concluded: "The caliber of the four directors we have added to our Board over the last three years demonstrates that we are able to attract the best people from the best companies to help us drive our business forward."

will stand for election at the Annual Meeting of Shareholders on and will be included among the slate of directors proposed by the Board.   After consideration and recommendation of the Company's , and with input from a nationally recognized recruiting firm, the Board has determined not to recommend Raymond "Rick" Barbrick for election to the Board.  , an entity controlled by , previously submitted a notice to the company of its intent to nominate at the 2020 Annual Meeting.

About
(Nasdaq: CBRL) shares warm welcomes and friendly service while offering guests high-quality homestyle food and unique shopping — all at a fair price. By creating a world filled with hospitality through an experience that combines dining and shopping, guests are cared for like family. Established in 1969 in , and its affiliates operate more than 660 company-owned Cracker Barrel Old Country Store® locations in 45 states and own the fast-casual . For more information about the company, visit www.crackerbarrel.com.

Important Additional Information and Where to Find It
intends to file a preliminary and definitive proxy statement (the "Proxy Statement") and accompanying WHITE proxy card in connection with the solicitation of proxies for the 2020 annual meeting of shareholders (the "Annual Meeting").  INVESTORS AND SHAREHOLDERS ARE STRONGLY ENCOURAGED TO READ THE PROXY STATEMENT AND ACCOMPANYING WHITE PROXY CARD AND OTHER DOCUMENTS FILED WITH THE (the "") CAREFULLY AND IN THEIR ENTIRETY WHEN THEY BECOME AVAILABLE AS THEY WILL CONTAIN IMPORTANT INFORMATION.  Shareholders may obtain the Proxy Statement, any amendments or supplements to the Proxy Statement and other documents filed by with the for no charge at the website at www.sec.gov.  Copies will also be available at no charge in the Investors section of corporate website at www.crackerbarrel.com.

Participants in the Solicitation
, its directors and certain of its executive officers may be deemed to be participants in the solicitation of proxies from shareholders in connection with the matters to be considered at the Annual Meeting.  Information regarding the names of directors and executive officers and certain other individuals and their respective interests in by security holdings or otherwise is set forth in the Annual Report on Form 10-K of for the fiscal year ended , and definitive proxy statement for the 2019 annual meeting of shareholders, filed with the on .  To the extent holdings of such participants in securities have changed since the amounts described in the proxy statement for the 2019 annual meeting of shareholders, such changes have been reflected on Initial Statements of Beneficial Ownership on Form 3 or Statements of Change in Ownership on Form 4 filed with the SEC.  Details regarding the nominees of Board of Directors for election at the Annual Meeting will be included in the definitive proxy statement, when available.